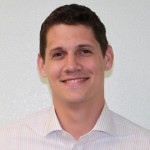 His first real experience with Southern Star was in college when he was a member of the company’s resource management team. Upon graduation from college in 2004, Jeff joined SSI full time as the resource management supervisor. In this role Jeff led and coordinated a team of resource management clerks responsible for planning and allocating field resource capacity. It was this initial role that allowed Jeff to understand the inner workings of a multi-site in-home field service company and prepared him for future roles.

In June of 2005 Jeff was promoted to Director of Projects and for the first time reported to Jeremy Fields, our current CEO and President. As DOP Jeff was responsible for testing and implementation of company-wide initiatives as directed by an executive committee. Examples include launching a 2nd call center with a 3rd-party vendor in Manila, Philippines resulting in a $500,000 per year reduction in labor costs. This call center is no longer in operation after the project that it was responsible for reached the end of its useful life. In this role Jeff was also instrumental in creating a separate sales organization in Birmingham, AL, along with another organization. This new sales firm earned over $2M in sales its first year.

In August of 2007 Jeff was promoted to COO/EVP, a role he continues in to this day. As COO, Jeff has total P&L responsibility for the entire 650+ employee enterprise. His major accomplishments in this role include the following:

Led the company through its most extended growth phase where, over the course of 18 months, total job count increased from 300,000 per year to 400,000 per year Developed and implemented a management structure change that cut out an entire layer of management. This change decreased expenses by $100k per year and increased revenues by $2M per year.

Successfully led transition from a field technician-staffing model (which
included contractors and SSI employees) to a 100% SSI employee model. The redesign increased the quality and customer satisfaction performance of the company to the highest levels in its history and increased revenues by 3.5%.

Jeff earned his BBA in Information Systems & Operations Management in 2004 from the University of Central Oklahoma in Edmond, OK. In January 2013 he began work on his MBA at The Kellogg School of Management at Northwestern University in Evanston, Illinois. He expects to graduate in December 2014.

Jeff is married to Brooke and they have three children. Jeff & Brooke live in
Cameron, OK. When Jeff is not working his hobbies include reading, landscape design, traveling with family, building Lego’s with his son, and watching movies. Jeff is also heavily involved in the community. He created ‘SSI Cares’ a company-sponsored employee health and wellness and community outreach organization, worked with Rails to Trails Conservancy to turn abandoned railroad track into community trail and serves as a board member of local teen pregnancy crisis center.